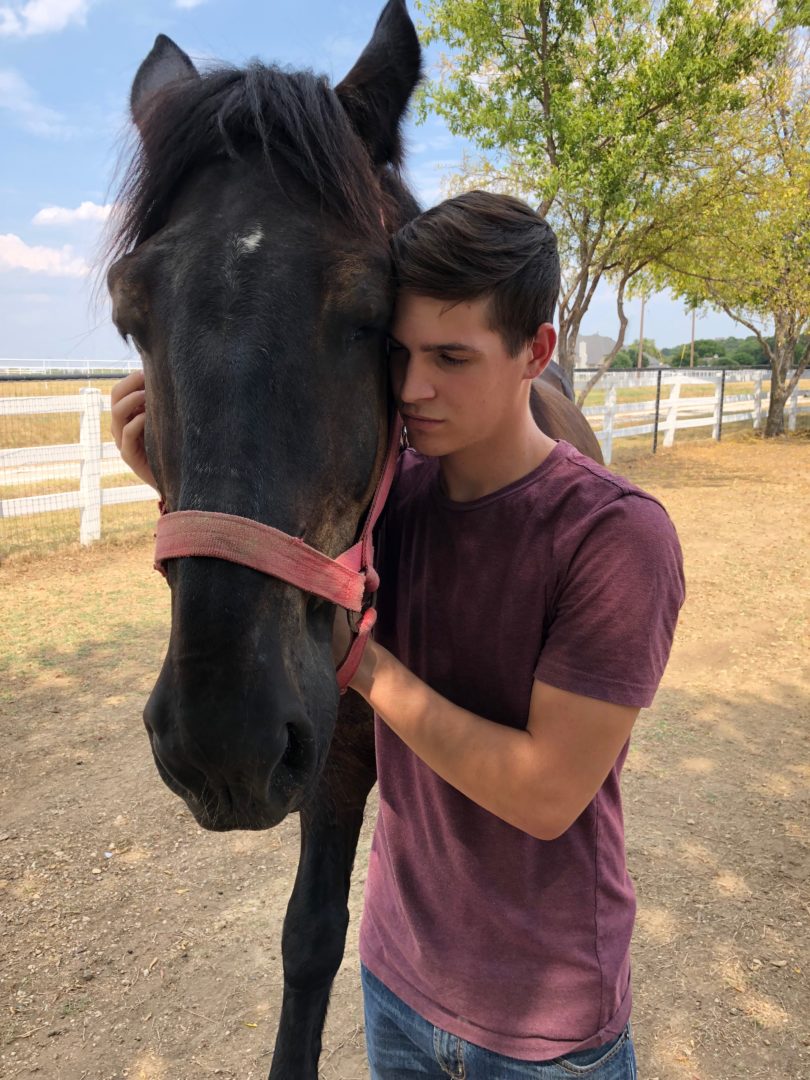 The U.S. Department of State cites global statistics estimating that boys and men may represent nearly 50% of total sex trafficking victims, but agencies find particular difficulty identifying male victims and catering to their unique needs. To add to boys’ nearly invisible victimhood, “only four out of 25 shelters for commercially sexually exploited children serve boys, leaving them no choice but to return to their homes or to the streets where they face potential re-exploitation,” according to JJIE.org.

“If we don’t provide shelter for victims of sex trafficking, their abusers are extremely likely to find them and bring them back into the trade,” Williams admonished. “No person should be subjected to such a monstrous situation, but trafficked boys in particular are being overlooked; we’re going to change that now.”

Ranch Hands Rescue has a reputation for building refuges for victims who have survived “the worst of the worst” circumstances. Their two animal sanctuaries house over 50 farm animals, most reclaimed from law enforcement, that were found in neglectful or abusive situations pushing them to the verge of euthanasia, and all with severe medical issues. The counseling center focuses on the 3 – 8 percent of trauma victims that don’t respond well in traditional counseling. That includes veterans with PTSD, sexually abused children and adults, and sex trafficking victims. LPC-certified counselors take clients out to the animal sanctuary for time with horses, llamas, goats, sheep, and a mélange of other farm residents, where they can connect with a quiet companion who knows the depth of their pain.

“Once a person stops responding to traditional counseling, he or she is susceptible to developing self-destructive behaviors, such as eating disorders, physical mutilation, drug and alcohol addiction, or suicidal tendencies, just to name a few.” says Williams. “Our Equine and Animal Assisted Therapy gives emotionally tortured people the chance to reach the roots of trauma with the help of a rehabilitated animal by their side. This safe house will give hope to even more people who have been living through highly destructive cycles of abuse and slavery.”

With an unaccounted number of sex traffickers taking advantage of the un-tolled I-10 and I-35 corridors of Texas and the Mexican border, safe houses for victims are severely needed across the U.S. The U.S. Department of State highlights the grim reality for male sex trafficking victims:

“Authorities…often do not recognize male victims due to biases or the tendency to perceive males as less vulnerable to human trafficking or erroneously view human trafficking as exclusively the sex trafficking of girls and women…Instead of being treated as exploited individuals, they are at greater risk of being penalized or fined for offenses, such as crossing a border illegally, or of facing charges and imprisonment for crimes committed as a result of being trafficked.”

Williams announced his plans for a boys’ safe house at Ranch Hands Rescue’s end-of-the-year Ignite Hope Gala on November 4th in Grapevine, Texas. Plans are in their initial stages, with benefactors currently deciding on an undisclosed location for the home.

“This will be the first safe house for boys and men of any age in Texas, and one of the first we can find in the country.” Williams stated, “Since we have a deficit of male care nationwide, we want to open our doors to those in need across the country. We’re ready to join with anyone who wants to fight this fight with us.”

Welcome to the Ranch Hands Rescue website. We are glad you're here, and we hope you find this to be a place where you learn more about what we are doing and how you can partner with us.

A Message from Bob